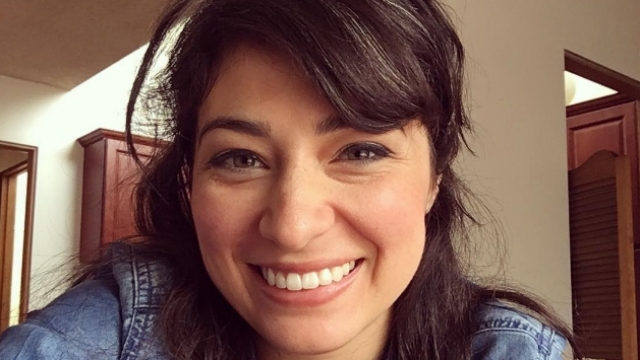 Meet one of the newest cast members of "Saturday Night Live."

"This Barbara Walters," Melissa Villaseñor said during an impersonation.

No, it's not Miley Cyrus, Barbara Walters, Kathy Griffin or any of the subjects of her spot-on impressions. It's Melissa Villaseñor.

"SNL" has previously been called out for its lack of diversity. According to The Huffington Post, members of the National Hispanic Foundation for the Arts called out the show's creator and executive producer for the the lack of Latino cast members.

And last season, the nation's largest Hispanic civil rights and advocacy organization blasted "SNL" for allowing Donald Trump to host the show after he said some Mexican people are "drug dealers" and "rapists."

The show has also received backlash for failing to cast black female comedians. After Maya Rudolph left the show in 2007, it took six seasons for us to see another black woman on the show. Now, there are two black female castmembers.

Villaseñor is best known for her appearances on the sixth season of NBC's "America's Got Talent" and Broadway Video's "Más Mejor."

She and two other new additions — Mikey Day and Alex Moffat — will join the cast when season 42 of "SNL" premieres on Oct. 1.