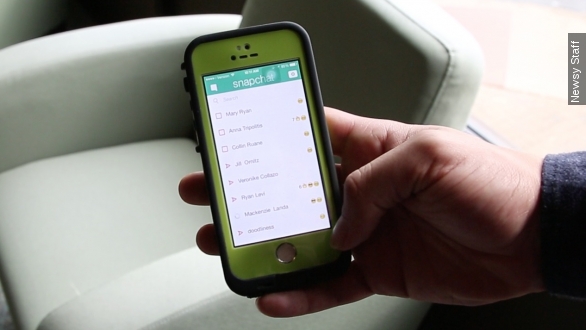 SMS
Snapchat Replaces 'Best Friend' Feature With Emojis
By Jamal Andress
By Jamal Andress
April 7, 2015
According to TechCrunch, Snapchat will now have a Friend Emojis feature in its place – because c'mon, who doesn't love emojis?
SHOW TRANSCRIPT

Snapchat has finally come up with a replacement for that terrible best friend feature. You know, the one that lets all your Snapchat friends know who you were snapping with the most? The same one that did not feature an off button?

According to TechCrunch, Snapchat will now have a Friend Emojis feature in its place because c'mon, who doesn't love emojis?

The emojis system is a bit complicated, though. There are six different faces you can get depending on how many snaps you send to your friend and how many they send back. (Video via Snapchat)

For example, a gold heart symbolizes the person you send snaps to the most and who sends the most snaps back to you as well.

A smirk, on the other hand, means you're one of the people who gets the most snaps from someone without returning the favor.

The fire emoji means you're on a "snapstreak," meaning you just can't get enough of snapping with one particular person lately.

While most apps are self-explanatory, this one certainly is not. Still, TechCrunch says that's sort of the point: "The company hopes its users will teach each other how the features work, and that questions about them on social media will make the app more viral. Sneaky. Smart."

The update went live Monday, and if you check your phone, you'll probably find the Snapchat emoji feature has already invaded the app. That is, of course, if you have friends.

The update also includes a new camera setting for low-light situations, helping all the millennials out there record the concerts they go to instead of just watching them.