Snapchat Might Start Selling Ads Based On What's In Your Photos 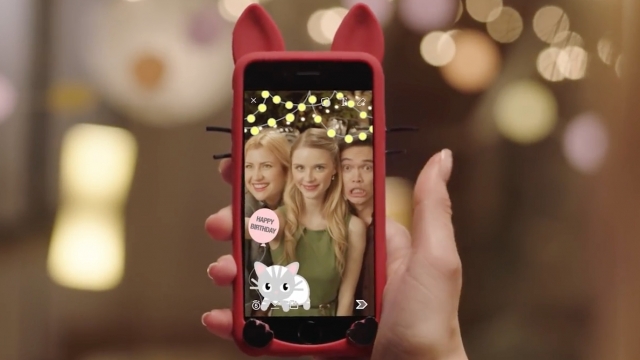 SMS
Snapchat Might Start Selling Ads Based On What's In Your Photos
By Ben Lawson
By Ben Lawson
July 19, 2016
Snapchat filed a patent for a system that scans users' photos to find adworthy products.
SHOW TRANSCRIPT

A filing with the U.S. Patent and Trademark Office details the system. The image-recognition software would scan a photo for an object and then offer a sponsored filter to go with it.

An example from the patent says if the software detects the Empire State Building in an image, then it could suggest a King Kong filter to go along with it.

The filing says third parties would be able to pay to have their filter included in a specific set sent to a user.

Scanning users' photos to determine their location could be considered a bit of a privacy overstep.

And that seems to be a common problem for social media companies. Facebook has run into similar issues when trying to monetize.

Snapchat hasn't announced any plans for the system, and the patent filing doesn't necessarily mean the feature is coming anytime soon.

But it could help the company reach its sales goals. After earning $59 million last year, the company is projecting revenue between $500 million and $1 billion for 2017.

This video includes clips from Snapchat and Facebook and images from AdamPrzezdziek / CC BY SA 2.0 and Getty Images. Music provided courtesy of APM Music.