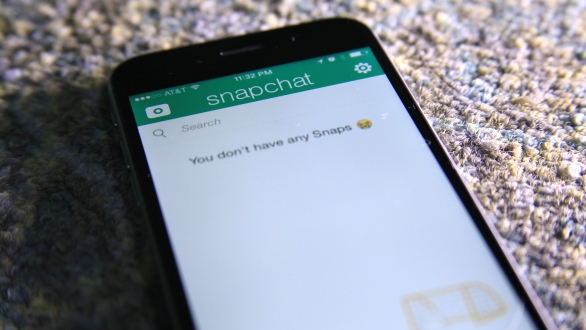 SMS
Snapchat Adds Value, Profit With Rumored 'Discover' Feature
By Mikah Sargent
By Mikah Sargent
November 6, 2014
As Snapchat continues its push for profitability, the company is reportedly in talks with major media companies to deliver content via the app.
SHOW TRANSCRIPT

Snapchat is in talks to expand its service by partnering up with some major media movers and shakers: ESPN, BuzzFeed, CNN, the Daily Mail, and more.

According to Digiday, Snapchat is planning to introduce a feature called Discover where it'll serve up video, images, text and audio from those aforementioned brands.

The outlet reports, "the Discover partnership will include original content created by those companies," with advertisements running alongside that original content. (Video via Snapchat)

Yep, advertisements. The move is all part of Snapchat's plan to become profitable — as we've mentioned before, the company's got to prove its profitability after turning down more than $3B from Mr. Zuckerberg.

We've been talking about the company's advertising plans since August. And we saw the first sponsored message in mid-October, courtesy of Universal Pictures' "Ouija." (Video via YouTube / Martin Beck)

Snapchat's current advertisements, however, are simply inserted into your "Recent Updates" feed. The next round will be tied to the content created as part of Snapchat Discover.

And as Business Insider points out, it's pretty clear Snapchat understands its market. Many of the media companies on the list — BuzzFeed, ESPN, Comedy Central, Vice — are well known among millennials. And by some kind of crazy coincidence, that just so happens to be the largest portion of Snapchat's user base.

Mashable spoke with one investor who suggested Snapchat's goal is to become the user's proverbial home page. “The messenger is the new portal and the hub. That's the reality of the world we are in right now.”

If Snapchat has its way, you'll get your news, entertainment, information and messages through its service ... and it'll make a few dollars in the process.