Smoking Is Even Worse Than We Thought, Study Finds 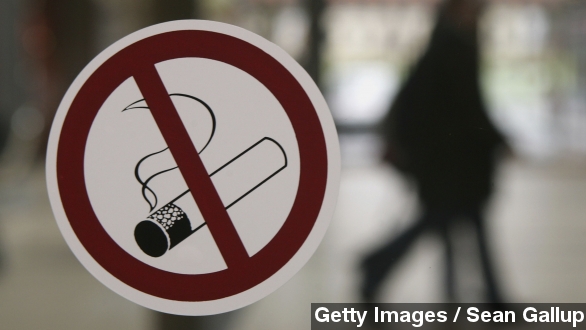 SMS
Smoking Is Even Worse Than We Thought, Study Finds
By Ben Lawson
By Ben Lawson
February 12, 2015
A new study connects more diseases to smoking, which would increase tobacco-related deaths by 60,000.
SHOW TRANSCRIPT

As if there weren't already enough reasons to quit smoking, a new study suggests the habit might be even more harmful than previously thought.

A study published in the New England Journal of Medicine connects several more diseases to smoking.

These diseases are in addition to illnesses already associated with smoking, such as lung cancer, heart disease, stroke and a whole list of others. (Video via KDVR)

Adding these diseases to the list of smoking-related illnesses would tack on another 60,000 deaths to the toll caused by tobacco use in the U.S.

The study followed nearly a million people — 89,000 of whom were smokers — for nearly 10 years to study the effects of smoking.

Researchers also found that the longer it had been since a person quit smoking, the less the risk of dying from infections or breast cancer. (Video via CBS)

And the more people smoked, the more likely they were to develop these diseases.

The study only proved these diseases had some association with smoking, and it did not prove that smoking caused these illnesses.

The surgeon general told NPR that the official list of the 21 diseases caused by smoking won't change based on this study alone but did say the findings will be taken into consideration during future assessments.