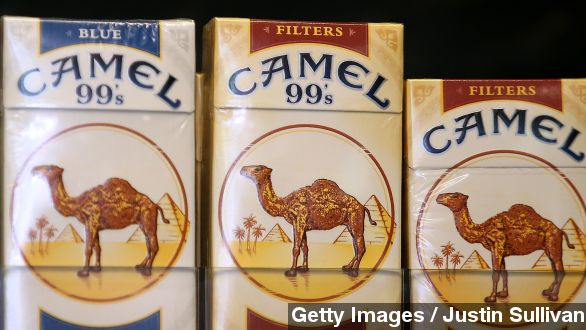 By Matt Moreno
October 23, 2014
Reynolds American Inc. will no longer allow employees to smoke in a majority of their building come next year.
SHOW TRANSCRIPT

In a rather ironic turn of events, the nation's second-largest cigarette producer will no longer allow smoking in its office.

Starting next year, employees of Reynolds American Inc. will no longer be able to smoke cigarettes at their desks, in elevators, in conference rooms or in the majority of the building. Smokeless tobacco products like chewing tobacco and e-cigarettes are still okay.

The company, which makes Camel and Pall Mall cigarettes, is reportedly constructing designated smoking areas inside its building for smokers. Still, a tobacco company restricting smoking is pretty comical.

WVLT: "How's this for strange? You work at a tobacco company but you're not allowed to light up!"

Bloomberg points out that the company itself is even realizing the oddity of the situation. A company spokesman said, "We’re well aware that there will be folks who see this as an irony, but we believe it’s the right thing to do and the right time to do it."

The company already banned smoking on factory floors, the fitness center and the cafeteria, but this newest ban is interesting for at least two reasons: the health stigmas of being a regular smoker and the company's desire to jump into the e-cig game.

The CDC reports about 18% of American adults smoke. An estimated 42% of adults smoked in 1965 so, clearly, the market is changing.

And that change could include a swing toward e-cigarettes.

"Well, if you look at the analysts today ... she's predicting that within the next 10 years, e-cigs, vapping in general, will be as large as traditional tobacco."

Bonnie Herzog, an industry analyst with Wells Fargo Securities, expects Reynolds will start bringing in more revenue from e-cigarettes than traditional cigarettes by 2021.

While the World Health Organization hasn't taken a strong stance on possible negative effects of vapor systems, the organization has suggested they be regulated as strongly as traditional cigarettes.