Smile! You Won't Be Able To Once Adele Releases New Album 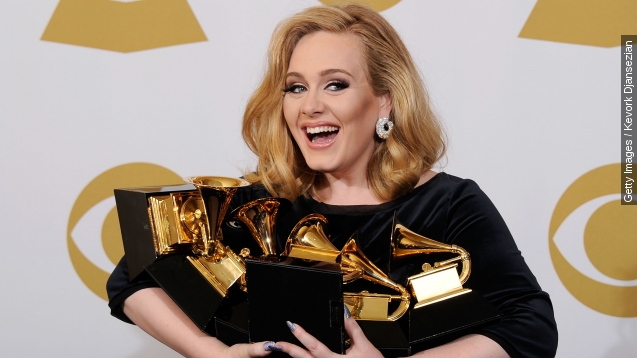 SMS
Smile! You Won't Be Able To Once Adele Releases New Album
By Cody LaGrow
By Cody LaGrow
October 21, 2015
Adele confirmed her new album is on the way, and rumor has it the new songs should be here in November. Get the tissues and ice cream ready.
SHOW TRANSCRIPT

Great news! We'll all be crying on the couch with a pint of ice cream while watching "Love Actually" and blaring new music from Adele very soon!

The soulful songstress tweeted confirmation that we are on the brink of a new album release. Adele said, "My last record was a break-up record and if I had to label this one I would call it a make-up record. I'm making up with myself."

Wait. Making up with yourself? What does that even sound like? For me, its something like, "Cody, you're better than this! Stop crying in public!" But for Adele, it sounds like this.

Adele brought the world to a halt earlier this week when she released a 30-second ad during  "The X Factor" U.K. The covert commercial instantly made Adele a worldwide trend on Twitter and hinted at what her new album will sound like.

Still no word from our old friend on exactly when we can expect the album. But rumor has it Adele will release it sometime in November.

Adele added, "I'm sorry it took so long, but you know, life happened."

No apology necessary, boo. I'm not sure I've processed all my emotions you made me feel from the last album.