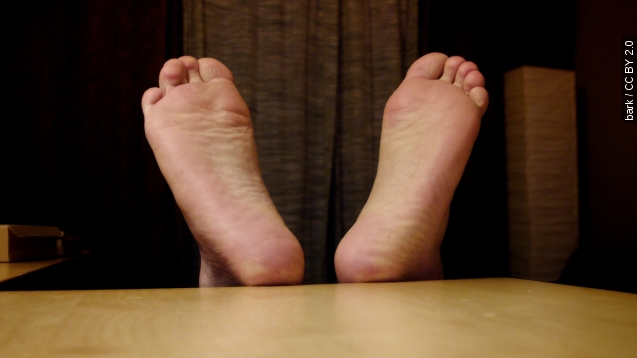 So, there's a guy who fancies Floridian feet. And he's been sneaking around a college library in order to take a big whiff of them.

It's an easy story to laugh at, because it's a headline we couldn't have made up.

"I know I laughed, I have to admit that, and some of the students laughed that we talked to, but police say that this is no laughing matter," a WTVJ reporter said.

The Florida International University Police Department said the man was crawling under tables at the library, sniffing feet. (Video via WFOR)

"I think it's pretty disrespectful," another person told WFOR.

Authorities are still looking for the man, who buzzed off on his scooter — because escaping on foot would have been too perfect.