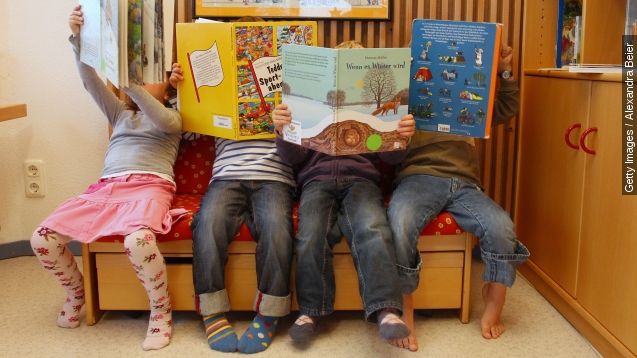 By Christine Slusser
June 22, 2015
Kids who are better at memorization are also better at telling lies, according to new research.
SHOW TRANSCRIPT

Is your little angel also a smart, little whippersnapper? Well, your smart kid may be a liar, too. Stick with us here.

Research published in the Journal of Experimental Child Psychology found kids who have a good memory can tell better lies. That's terrifying.

The researchers interviewed 137 children between the ages of 6 and 7. They played a trivia game and were told the answers were on the back of the card in different colors and with pictures, but they weren't allowed to look at them.

The scientists had also set up a hidden camera to see if the kids peeked at the answers. The kids who cheated obviously answered the questions correctly. When researchers tried to catch them in the lie by asking what color or what picture the answer had, the kids would purposely say the wrong color or thing to make it appear that they didn't peek.

Researchers found the higher a child's working memory, or "ability to process information," the better his or her ability to "tell a believable lie."

The scientists found the best liars were able to better keep track of verbal information.

But the Belfast Telegraph found the silver lining in all of this: Your little liar is likely smart.

The kids also had their visuospatial working memory tested, which is "our ability to process visual information." They found telling a successful lie actually requires processing verbal information, not visual.

Researchers say this is the first time a connection has been shown between a verbal working memory and lying.