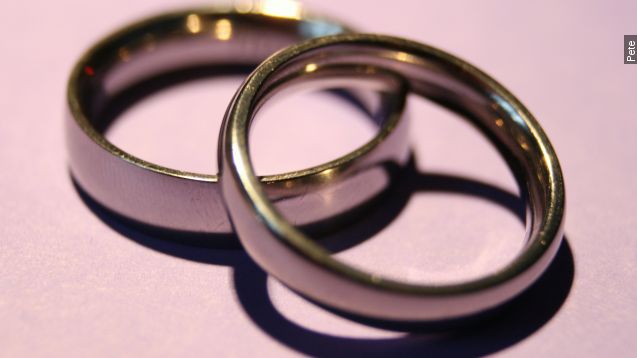 For the second time since 2012, voters in Slovenia have rejected an attempt to legalize gay marriage.

Back in March, the country's parliament passed legislation redefining marriage as a "union of two" rather than a "union of a man and a woman." It also granted gay couples the right to adopt children.

A group called "Children Are at Stake" gathered more than 40,000 signatures and demanded a referendum. Critics of the legislation argued that adoption by gay parents would go against a child's need for both a mother and a father figure.

As of Sunday afternoon, authorities said 90 percent of the votes had been counted and 63 percent voted against same-sex marriage. (Video via RTV SLO)

Since 2006, gay couples in Slovenia have been granted rights under civil partnership. Slovenia, a largely Catholic country, would have been the first Central European, Slavic and post-communist nation to approve gay marriage.

But other Central European countries are moving in the opposite direction. Slovakia and Croatia recently followed in the footsteps of neighbors like Poland and Bulgaria by updating their constitutions to stress marriage is only valid between a man and woman.

In total, 14 countries in Europe allow same-sex marriage. Ireland joined that list in May after a nationwide vote.

This video includes images from Pete and Leandro Neumann Ciuffo / CC BY 2.0.