Slender Man Stabbing Suspects To Be Tried As Adults 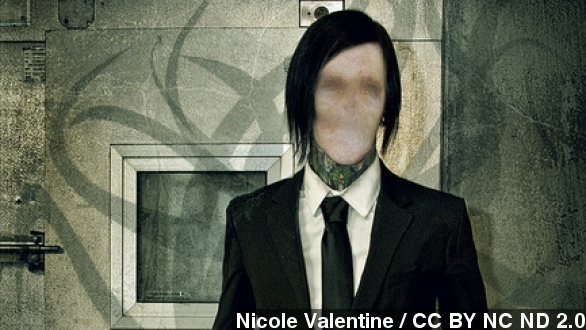 SMS
Slender Man Stabbing Suspects To Be Tried As Adults
By Jill Ornitz
By Jill Ornitz
March 13, 2015
Two Wisconsin girls are set to stand trial as adults for attempting to murder their classmate and sacrifice her to a fictitious Internet being.
SHOW TRANSCRIPT

Two Wisconsin girls will stand trial as adults for attempting to kill their friend in an attack that was motivated by the fictitious Internet character called Slender Man.

The girls stabbed their friend 19 times in the woods by a local park because they believed Slender Man would hurt them or their families if they didn't. (Video via ABC)

The girl they attacked survived after crawling out of the woods and flagging down a cyclist who called 911.

Both girls were taken into custody in May. But bringing the case to trial has been a long process. (Video via WTMJ)

While a judge eventually ruled both girls competent to stand trial, one of the girls was initially deemed incompetent and required weeks of treatment to regain competency.

The mental states of the girls have been a key part of the defense's argument. Their lawyers have argued the pair thought their lives and the lives of their families were at stake unless they followed Slender Man's orders. (Video via WITI)

And media outlets have been asking what could have pushed the girls to commit such a shocking crime since it was first reported.

"Even these little girls saying, 'Why is it that I feel no remorse? Part of me wanted her to die, part of me wanted to live.' The separation from anxiety is shocking," an HLN reporter told Nancy Grace.

But there's a chance the ruling to try the girls as adults won't actually stick.

Attorneys for both girls put in a petition for a reverse-waiver hearing to have the girls' cases tried in juvenile court. The hearings to transfer the case are expected to begin in mid-June. (Video via WGBA)

Both girls could face up to 60 years in prison if they're tried and convicted as adults. If they're ultimately tried as juveniles, they could be in a secure facility until they turn 25.