Sleeping Too Much Or Too Little Might Increase Stroke Risk 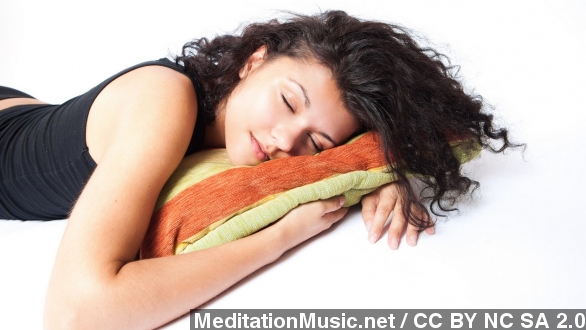 SMS
Sleeping Too Much Or Too Little Might Increase Stroke Risk
By Katherine Biek
By Katherine Biek
February 26, 2015
People who sleep more than eight hours per night are 45 percent more likely to have a stroke, according to a University of Cambridge study.
SHOW TRANSCRIPT

Like to get more than eight hours of sleep a night? Well, a new study just discovered that could lead to as much as a 45 percent higher chance of stroke.

University of Cambridge researchers followed 9,700 people between the ages of 42 and 81 for almost a decade to study their sleeping patterns. 346 of the participants suffered a stroke during that time period.

Looking at factors like age and sex, the researchers found those who slept for less than six hours each day were 19 percent more likely to have a stroke. Those who slept for more than eight hours daily had a 45 percent greater chance of stroke.

Ischemic strokes, which are the most common, occur when something blocks a blood vessels that sends blood to a person's brain. On the other hand, hemorrhagic strokes take place when a blood vessel "ruptures and bleeds into the surrounding brain."

To study this correlation further, the Cambridge researchers looked at information from 11 other studies to try to determine what the exact relationship is between sleep and risk of stroke.

That's something they still aren't sure about. In a press release, one of the researchers said: "It's apparent ... that there's a link between sleeping longer than average and a greater risk of stroke. What is far less clear, however, is the direction of this link, whether longer sleep is a symptom, an early marker or a cause of cardiovascular problems."

It's already known that a lack of sleep is associated with several health problems, including strokes. In fact, WebMD reported of all the people who have insomnia, about 90 percent of them suffer from another health condition.

What's really interesting about this study, which was published in the journal Neurology, is that it conflicts a bit with the sleep recommendations set out by the National Sleep Foundation.

While it advises older adults over the age of 65 to get around seven or eight hours of sleep, it actually recommends that adults between the ages of 26 and 64 get between seven and nine hours of sleep.

If you're one of those long sleepers, HealthDay spoke with a neurology professor who suggests maintaining an active lifestyle and healthy diet to combat the possibility of a stroke.

This video includes images from Getty Images and osseous / CC BY 2.0.