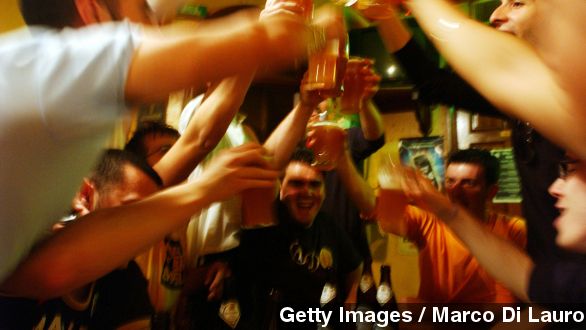 The more sleep-deprived a teenager is, the more likely they are to abuse alcohol. That's according to a new study out of Idaho State University. The study included students with insomnia as well as those simply not sleeping enough at night.

And teens with known sleeping problems were more likely to drive drunk.

Interviews with teenagers were conducted over the course of eight years. The leader of the study told NPR sleep, of course, isn't the only factor that can lead to alcohol abuse, but if teens are better rested, they can make better choices.

Teen sleep deprivation has become a major issue in the last few years, with more research showing the consequences that come from a lack of sleep.

A poll taken by the National Sleep Foundation in 2006 showed only one in five students got an optimal nine hours of sleep every night.

And, while driving, sleep deprivation can lead to the same level of impairment as drinking.

And in August, the American Association of Pediatrics said there was enough scientific evidence to support pushing back start times for middle and high school students.