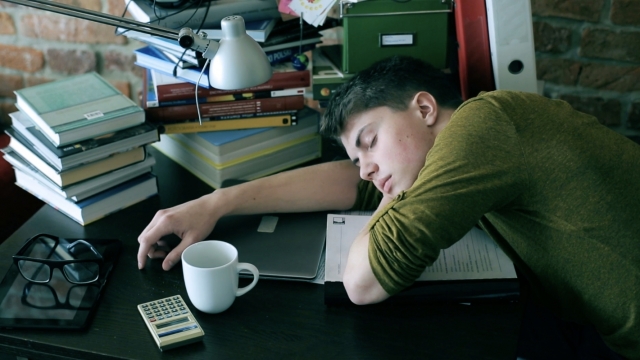 Like many people, you probably haven't been getting enough sleep. And it's not just bad for your health — it's also bad for the global economy.

Lack of sleep can cause reduced productivity and is linked to a higher mortality rate. According to a report from research institute RAND Europe, that has a price tag. And it could be costing the U.S. economy roughly $411 billion a year.

Of the five countries RAND Europe evaluated — the U.S., Canada, United Kingdom, Germany and Japan — it reported the U.S. would have the largest financial losses from sleep-deprived employees.

SEE MORE: Daylight Saving Time Is Good For Sleep But May Be Bad For Your Brain

You'll have to take all of these estimations with a grain of salt, though.

Researchers extrapolated their sleep data from a survey of 62,000 British employees. Those workers were asked to self-report information on their behavior and health.

RAND Europe then used the U.K. survey and a 2013 National Sleep Foundation study to draw conclusions about the other four countries.

Still, the report's message that people need to get more sleep is a pretty sound one.

The Centers for Disease Control and Prevention reports more than one-third of Americans aren't getting at least seven hours of sleep each night. And it has named insufficient sleep a "public health problem."

The amount of sleep needed each day varies by person, but the National Institutes of Health recommends adults get an average of seven to eight hours of sleep each night.