Slain Deputy Was Earning Money For Trips With Granddaughter 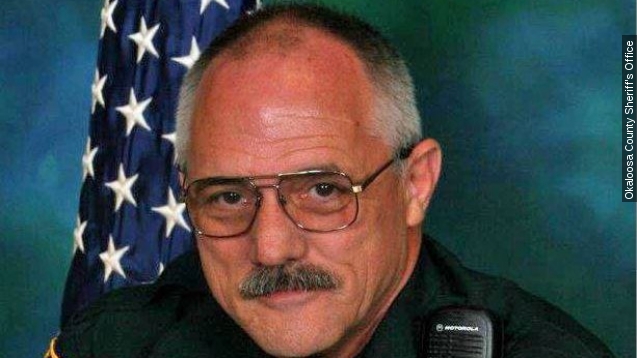 SMS
Slain Deputy Was Earning Money For Trips With Granddaughter
By Ryan Biek
By Ryan Biek
September 23, 2015
A Florida deputy was killed while delivering an injunction. He had come out of retirement to make money for trips with his granddaughter.
SHOW TRANSCRIPT

A Florida sheriff's deputy who came out of retirement to make money for trips to Disney World with his granddaughter was killed in the line of duty Tuesday morning.

Witnesses say 64-year-old deputy Bill Myers was delivering a domestic violence injunction outside an attorney's office to Joel Dixon Smith. The injunction would force Smith to give up his firearms. Smith reportedly drew a gun and shot Myers several times before fleeing to a hotel.

Police reportedly fired tear gas into the hotel room Smith had barricaded himself in. When Smith came out holding a gun, he was shot and killed by police.

Deputy Myers was taken to a hospital for surgery but died hours later.

"He was retired. He came back and worked part-time serving civil process to earn a little extra spending money to take his granddaughter to Disney World," the county sheriff said at a press conference. (Video via Okaloosa County Sheriff's Office)

The Pensacola News Journal reports Myers is the fourth officer in his department to be killed since 2008.