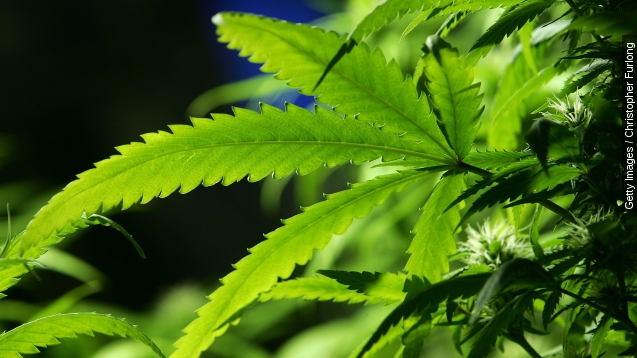 SMS
'Skunk' Pot May Hinder Brain's Ability To Send And Receive Messages
By Cliff Judy
By Cliff Judy
November 28, 2015
Researchers in Italy and the U.K. have found high-potency marijuana can affect the corpus callosum, the nerves that connect the halves of the brain.
SHOW TRANSCRIPT

Smoking especially strong pot — or skunk — may damage nerve fibers responsible for sending and receiving messages in the brain.

A study published Friday from researchers in Italy and the U.K. found a bigger affect on the corpus callosum in people who smoked high-potency cannabis than people who smoked marijuana with lower levels of THC or those who didn't smoke at all.

The corpus callosum is that thick band of nerves in the center that connects the left half of the brain with the right.

These are the same researchers that earlier this year said the easy access to skunk in London could be behind a rise in psychosis reports linked to cannabis. They say this study shows there's possibly less transfer of information between the two halves of the brain.

The study concludes, "Since high-potency preparations are now replacing traditional herbal drugs in many European countries, raising awareness about the risks of high-potency cannabis is crucial." (Video via CNN)

The researchers don't outright call skunk dangerous. It's more of a warning that monitoring THC levels — just how strong pot is — is important.

One researcher told The Guardian, "When it comes to alcohol, we are used to thinking about how much people drink, and whether they are drinking wine, beer, or whisky. We should think of cannabis in a similar way."

This video includes images from Getty Images and the Institute of Psychiatry, Psychology and Neuroscience.