Skip The Gym; Study Says Walking Could Be Better 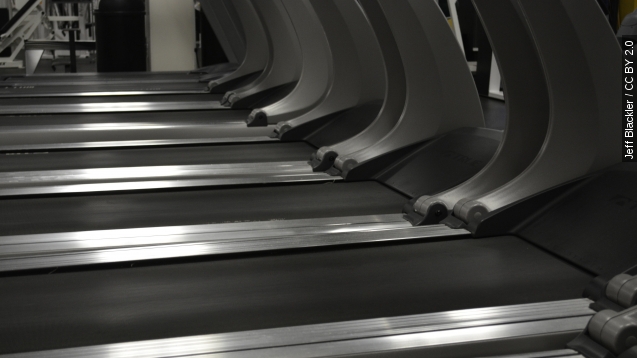 SMS
Skip The Gym; Study Says Walking Could Be Better
By Ryan Biek
By Ryan Biek
November 4, 2015
British researchers found that those who power walk daily are more likely to have lower body mass indexes than those who do higher-intensity workouts.
SHOW TRANSCRIPT

If you're trying to get in shape, you might want to skip the run and drop those free weights.

Researchers from the London School of Economics and Political Science analyzed data of 50,000 people who were at least 13 years old and found those who walked briskly 30 minutes a day were more likely to have smaller waistlines and lower body mass indexes than those who did higher-intensity workouts.

Now, this study is correlational, so we can't say for sure that walking is better for you than running.

In fact, the researchers don't seem to be saying you should stop jogging or lifting.

One told Express: "We think it is because walking is more convenient than the gym and is easier for people to maintain. [Particularly] for older people because they do not have to be at peak physical fitness to walk."

And another sports science lecturer told the Daily Mail power walking can burn the same calories as jogging or running, but "because it is low-impact, it does not have the same potential for injury."

The researchers' last point? Walking is cheaper than a gym. Now that one we can't argue with.

This video includes images from Jeff Blackler / CC BY 2.0.