Sitting On A Turtle Is A Really Bad Idea 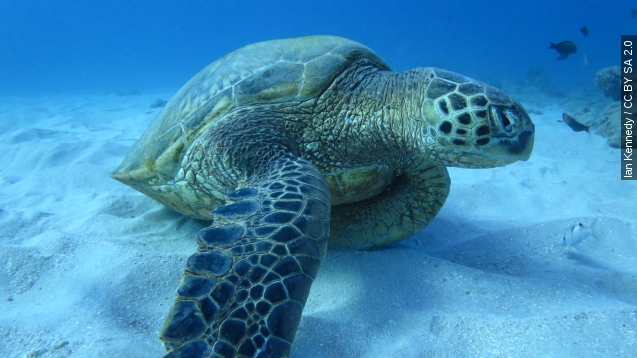 SMS
Sitting On A Turtle Is A Really Bad Idea
By Eugene Daniels
By Eugene Daniels
September 26, 2015
A Florida woman was arrested Saturday for allegedly sitting on a sea turtle, which is a third degree felony.
SHOW TRANSCRIPT

If you have to know one thing about Florida, know this: it is not okay to mess with the turtles.

Stephanie Marie Moore has learned that the hard way after being arrested for, at the very least, apparently sitting on a sea turtle. You may have seen this Snapchat picture that made the online rounds in July of Moore doing the deed, upsetting tons of people.

The Florida Fish and Wildlife Conservation Commission began an investigation after the outrage, netting Moore a warrant for her arrest.

Melbourne Police say they were responding to an unrelated domestic disturbance call when they encountered Moore, and linked her to an active warrant for the turtle riding incident.

Sea turtles are protected under the Federal Endangered Species Act and a more specific Marine Turtle Protection Act, making Moore's offense a third-degree felony. She's being held on a $2,000 bond.