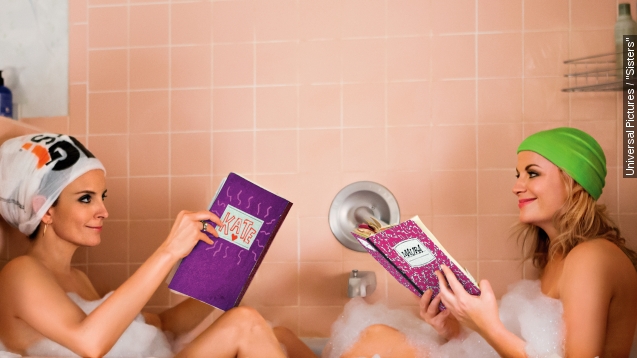 Dec. 18: The day the world will be formally reintroduced to the "Star Wars" franchise.

"Nothing will stand in our way," Kylo Ren said.

Kylo, that's probably true. Scratch that, it's definitely true. But there's one movie that shares the release date, and its creators want us to remember one thing: It's totally possible to see two movies in one day — or even one weekend. (Videos via Universal Pictures / "Sisters," Walt Disney Studios / "Star Wars: The Force Awakens")

"#youcanseethemboth. You can see them both!" Amy Poehler and Tina Fey said.

"Sisters," starring Amy Poehler and Tina Fey, will have to — and we're using the term loosely — compete with "Star Wars" when it opens. (Video via Universal Pictures / "Sisters")

And what better way to fight fire with fire than parody the sci-fi film's trailer?

"Sisters: The Farce Awakens" is here to remind us that the cast is also legendary. It even includes their own Chewbacca.

Other highlights include a British Poehler and Fey, "creatures," and George Takei of "Star Trek" fame dressed as Darth Vader.

"Luke, I am your father," Takei says.

Both "Sisters" and "Star Wars" will drop Dec. 18 — and remember, people, you can see them both!