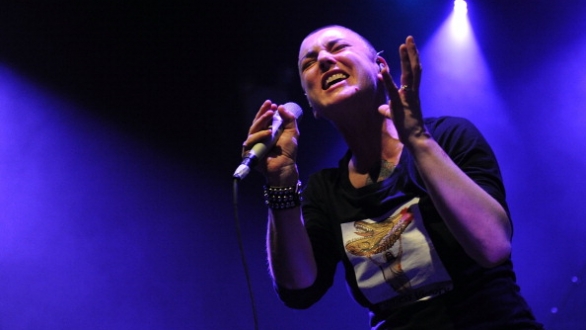 Irish singer Sinead O'Connor announced Monday she will no longer be singing her hit song "Nothing Compares 2 U."

O'Connor wrote on Facebook: "After twenty-five years of singing it, nine months or so ago I finally ran out of anything I could use in order to bring some emotion to it. ... If I were to sing it just to please people, I wouldn't be doing my job right, because my job is to be emotionally available. I'd be lying."

And there's no denying it. Emotion was a big part of this song, as you can see when she tears up in the music video. (Video via Warner Music Group / Sinead O'Connor)

This announcement gained so much attention because that hit 1990 track she'll no longer perform is the very song that quickly brought her fame.

One saying: "Even if it does not stir emotion for you, it does for others. Just a consideration."

Another writing, "You shouldn't sing a song if you don't want to."

Opinions were split on shows like "Today" as well. Al Roker said, "Isn't singing songs to please people part of your job?"

Savannah Guthrie added, "I appreciate her candor because she's saying, 'If that's your song, don't come.'"

The song was composed by Prince, and according to Official Charts, O'Connor's rendition in the music video "has certainly earned its place in the hall of fame."

And we have to remind everyone that in 2009, when asked what her favorite song was from the album "I Do Not Want What I Haven't Got," O'Connor told ITN:

"Probably 'Nothing Compares.' I mean, I like a lot of the other songs as well, but if you said, 'Pick one,' it'd be that one."

But we understand — things change. Just don't be surprised when you hear people singing this line due to this announcement:

"Nothing can stop these lonely tears from falling." (Video via iConcerts)