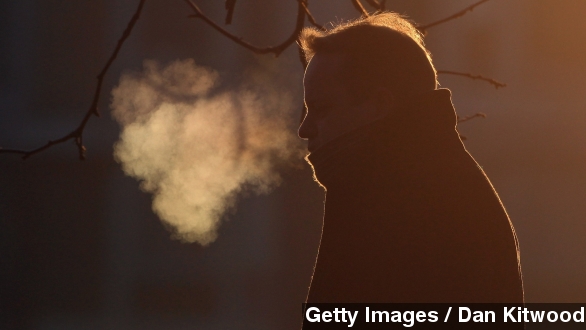 There's currently no cure for Parkinson's disease, but researchers say they could be on their way to identifying it via a simple breath test.

Cambridge researchers say a small group of people tested — 57 — showed breath could differentiate those with Parkinson's from those without it.

Parkinson's disease is a neurological condition that affects nerve cells. It can produce shaking or tremors of the body and can often hinder a person's ability to walk and talk. (Video via Butler Hospital)

The idea of sniffing out Parkinson's isn't too farfetched though.

Breath tests have already successfully worked in prior studies for detecting heart failure, liver and kidney diseases and cancer.

Clinical leader of the study, Professor Roger Barker, said, "We're hoping it will not only improve diagnosis, but also that it will tell us more about how Parkinson's develops and whether there are different types of Parkinson's." (Video via European Consortium for Stem Cell Research)

According to the Parkinson's Disease Foundation, an estimated 60,000 Americans are diagnosed with the disease every year. About 10 million people are living with it worldwide.

Researchers say their next step is to test more people over a three-year span. The research was funded by the Parkinson's UK and the British Council.

This video includes images from Getty Images and CC by 2.5 / PLOS.