SIM Cards Might Not Be Necessary In Your Next Phone 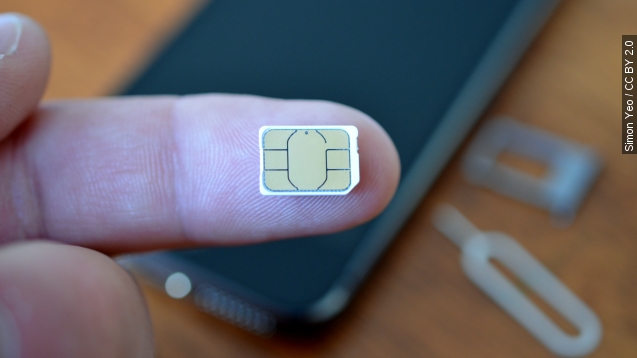 SMS
SIM Cards Might Not Be Necessary In Your Next Phone
By Leah Becerra
By Leah Becerra
July 16, 2015
The GSMA wants to do away with the SIM card standard for your cell phone, meaning it soon could be easier to swap carriers whenever you want.
SHOW TRANSCRIPT

SIM cards bind your cellphone to a particular carrier's network. So if these cards were to go away for good, what would happen?

We might find out soon. The GSMA, an association representing mobile operators all over the globe, is reportedly close to ditching the cards for an embedded technology known as electronic SIM. (Video via The GSMA)

The Financial Times, which broke the story, said, "With any deal still contingent on finalising the technical specifications it will be at least a year before any devices supporting the electronic Sim reach the market."

The GSMA says it anticipates e-SIM devices will be ready to ship by 2016, and the association could probably pull it off. AT&T, T-Mobile parent company Deutsche Telekom, Vodafone, Orange and a handful of other international carriers are apparently all on board to some extent.

So what would this change mean for you? Well, obviously, you wouldn't need a SIM card anymore. And you might also be able to switch carriers on your phone more freely. (Video via AT&T)

Right now, not all phones are compatible across all carriers. The ones that do work on all carriers are unlocked devices. These may have multiple bands, too, allowing them to work on all cell tower frequencies and in pretty much every country. (Video via Prairie Aerial)

If implemented with consumers in mind, the switch to e-SIM could give you and I the power of choice. We might have to buy our phones outright to avoid a two-year contract, but that's already the way the rest of the world has been doing it for a while.

For the record, Apple has kind of already started using an e-SIM-like technology. It's called Apple SIM, and the tech went live in iPads last year. (Video via Apple)

The Verge reported, "Smaller carriers like T-Mobile and Sprint seem to embrace how easily it allows iPad owners to switch providers, giving them a better chance of luring away competitors' customers."

Apple and Samsung are also part of the GSMA talks to implement e-SIM. But do you know whose name hasn't been mentioned in all this? The largest carrier in the U.S. — Verizon Wireless.