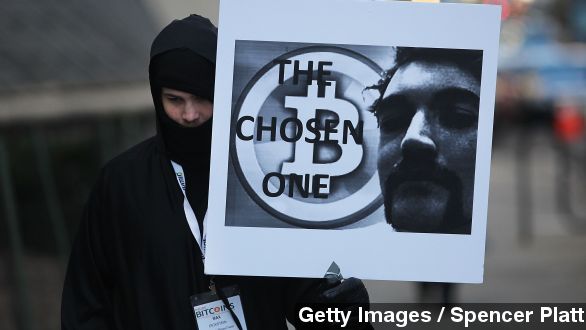 The California man who created Silk Road, an online black marketplace for illegal drugs, was convicted Wednesday on seven drug and conspiracy counts.

After less than four hours of deliberations, 30-year-old Ross Ulbricht was found guilty by a Manhattan federal grand jury. (Video via ABC)

Prosecutors accused Ulbricht of running the covert operation from 2011 to 2013. During that time, Silk Road reportedly facilitated more than $200 million in drug deals. (Video via BBC)

"He was a dream for drug users because he was very technically adept and he was able to hide both the website that he put together and the actual sales of illegal drugs." Senator Charles Schumer said.

The site was a black market haven for illegal products including fake IDs, heroine, cocaine and computer-hacking programs. (Video via CNN)

USA Today says it essentially "served as an underworld version of eBay."

The FBI says all transactions were made using the crypto-currency bitcoin because of its anonymity, so it couldn't be tracked by law enforcement.

Ulbricht reportedly made about $18 million in commissions from those deals.

In October 2013, the FBI shut down Silk Road and arrested Ulbricht. He has remained in custody since then.

A second version of the darknet site popped up shortly after his arrest, but it met the same fate as its predecessor in November of last year.

The U.S. Attorney for the Southern District of New York released a statement that read, in part, "Ulbricht's arrest and conviction ... should send a clear message to anyone else attempting to operate an online criminal enterprise. The supposed anonymity of the dark Web is not a protective shield from arrest and prosecution."

"It does serve as, I think, a victory for the FBI to show that even in the parts of the web where you really think you're operating anonymously, that there are ways that law enforcement can get to you," Bloomberg's Josh Brustein said.

Ubricht's sentencing is scheduled for May 15. He could face up to life in prison.