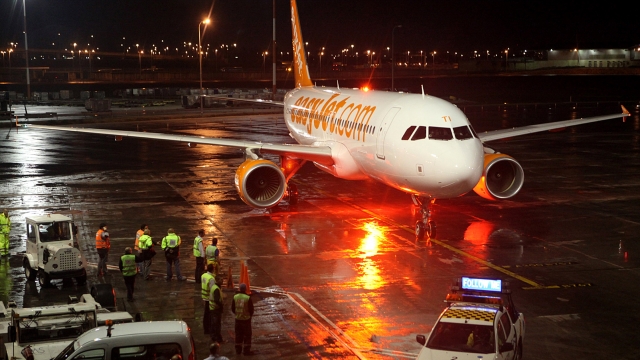 SMS
Siblings Say ISIS Accusation And Interrogation Ruined Their Vacation
By Grant Suneson
By Grant Suneson
August 23, 2016
Three siblings were removed from a flight and interrogated after a passenger accused them of being in ISIS.
SHOW TRANSCRIPT

Three British siblings were pulled off a plane and interrogated on the tarmac after a fellow passenger accused them of being part of ISIS.

Maryam, Ali and Sakina Dharas were flying from London to Naples, Italy, for vacation when they were pulled off the plane and found themselves face-to-face with armed guards.

"The first thing we were asked was whether we spoke English, so we weren't offered any explanation immediately. I found that a bit patronizing, a bit Orientalist almost. As if just because we're Muslim we don't speak English," Maryam Dharas told Channel 4.

SEE MORE: Man Admits To Pulling Off A Woman's Hijab On An Airplane

Apparently, two fellow passengers had reported them to authorities, saying one of the sister's phones had either Arabic text or the words "praise be to Allah" on the screen. But the Dharases said they don't even know Arabic.

The siblings said they were forced to detail their personal lives, past travel history and parents' occupations to an MI5 agent. They also showed authorities their phones to prove that they weren't doing anything wrong.

It eventually became clear the siblings had nothing to do with any terrorist organization, and they were allowed to board their flight. They said the experience ruined their vacation.

EasyJet, the airline the siblings were flying on, apologized for any inconvenience and told Al Jazeera, "The safety and security of ... passengers and crew is our highest priority which means that if a security concern is raised we will always investigate it."

In an article for The Independent, Sakina Dharas said the experience was humiliating, and it left her with a question: "Why weren’t those passengers who made the false claim about us removed from the plane for wasting valuable police time?"