Showing You The Money Behind The 2016 Presidential Race 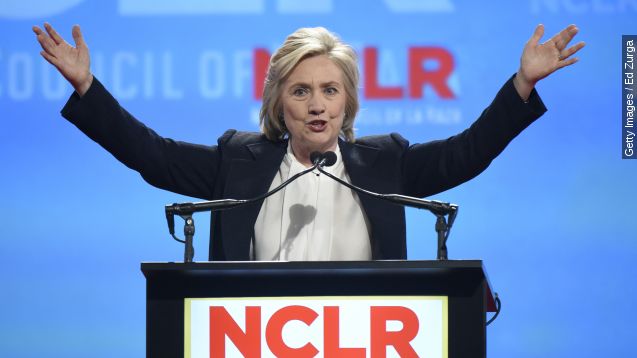 The 2016 race for the White House will likely go down as the most expensive presidential campaign in history. We now have a taste of that.

The latest quarterly fundraising filings are out, showing what the candidates raked in through the end of June. Here are the takeaways.

Hillary Clinton drew in by far the biggest numbers, raising $47.5 million — more than three times that of her chief Democratic rival, Bernie Sanders.

On the Republican side, Ted Cruz has posted the biggest numbers, followed by Marco Rubio and Jeb Bush. Lincoln Chafee and George Pataki have the least cash on hand.

But one thing to keep in mind here: Some of these candidates have been in the game longer than others.

So, it's not terribly surprising that Bobby Jindal — who announced his run at the end of June — doesn't have much of a war chest. (Video via C-SPAN)

Unlike Ted Cruz — the first to announce. (Video via Cruz For President)

Notably, Chris Christie and Scott Walker are not on this list. They don’t have to file their first campaign finance reports until October since they announced their candidacies after the June 30 filing deadline.  (Video via C-SPAN)

Of course, none of these numbers tells the whole story.

Take Jeb Bush: His campaign has raised around the same amount as the Cruz and Rubio camps. (Video via Right to Rise)

But when you factor in the record $103 million his Right to Rise Super PAC has raised, his grand total dwarfs the other candidates' and their allied groups.

One final note. Donald Trump has raised $1.9 million. Most of that came from the pocketbook of Trump himself. Because in case you haven’t heard:

This video includes images from Getty Images and music from Minimal Circus / CC BY 3.0.