Should You Care About 'Fear The Walking Dead'? 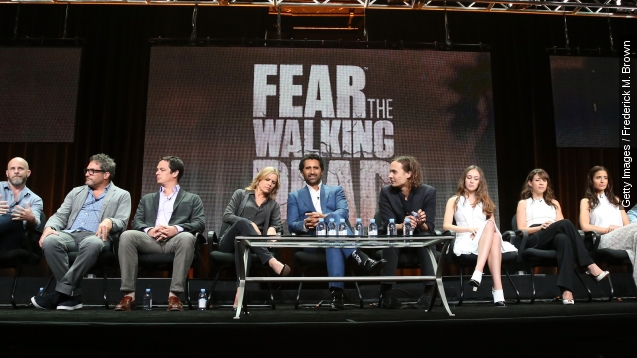 AMC's companion series for its ultra-hit "The Walking Dead" is desperate to differentiate itself from its flagship.

So much so that showrunner Dave Erickson gave a whole list of things to The Hollywood Reporter that won't be similar to the original show. And the cast and crew won't even call it a spinoff. (Video via AMC)

"So this is a spinoff of a popular show," said an Entertainment Weekly reporter.

But dress it up any way you want, this show is a ratings grab that is backpacking on the ratings of a show that is routinely the most watched on television. (Video via AMC)

But even though the title may be cheesy, early reviews are actually showing some promise.

So far, critics like the blended family dynamic led by Kim Dickens and Cliff Curtis. Plus, it actually is a bit different than "The Walking Dead." It takes place as the zombie apocalypse is kicking off, and will follow society's descent into a world where order and – apparently – razor blades are sparse.

The show is also hitting at just the right time to be successful.

An August premiere dodges competition from other big shows. Also, it's about the time hardcore "Walking Dead" fans are itching for the show to come back, so this could help tide them over.

Plus, a brief, six-episode season means it doesn't have to worry about holding viewers' attention for very long. (Video via AMC)

It already has a second season order from AMC, so "Fear the Walking Dead" might be the spinoff we didn't need, but it's looking like a spinoff – or companion series – that may be here awhile.