Should Scientists Worry That Their Drones Stress Out Bears? 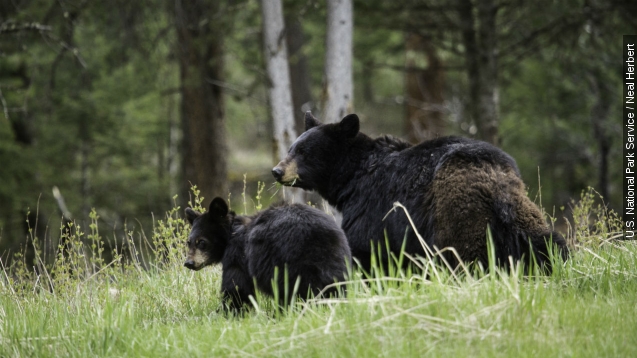 SMS
Should Scientists Worry That Their Drones Stress Out Bears?
By Steven Sparkman
By Steven Sparkman
August 13, 2015
A new study found black bears get stressed when drones are near, even if they don't show it. But drone use in wildlife research isn't going away.
SHOW TRANSCRIPT

Wildlife researchers have gone all-in on drones. They used to need airplanes to get aerial data, and now they can do it cheaply and easily with an off-the-shelf gadget. (Video via U.S. Geological Survey)

But drone use for research may have a downside: Wild animals could be getting seriously stressed out by all the drones, even if they aren't showing it.

The study from University of Minnesota describes researchers terrifying some black bears for the sake of science. Not that they really meant to.

They flew a small quadcopter over four wild bears that had been equipped with heart rate monitors and GPS trackers. The drones never got closer than about 46 yards from the bears, so not exactly getting in their faces. (Video via Robb Hannawacker)

The bears panicked anyway. Despite the fact that the copter didn't get very close and the bears didn't act frightened, the heart rate monitors recorded huge jumps in each bear's pulse every time the copter came near.

That's interesting because an earlier study showed wild birds didn't react to a drone until it was around 10 or 15 feet away — even flamingos, which are known to be skittish. Without heart rate data to go by, those researchers concluded birds just don't mind drones very much. (Video via Ingrid Taylar / CC BY 2.0, Sunny Ripert / CC BY SA 2.0)

The bear study's lead author says he would have thought the same thing if the bears hadn't been wearing monitors. (Video via Sandy Brown Jensen / CC BY SA 2.0)

The study definitely gives some food for thought, but it's not likely to stem the tide of research drones. Even if they stress out the animals, scientists are likely to conclude that the benefits still outweigh the risks.

For instance, without the use of remote controlled helicopters to — let's be blunt here — catch whale snot, biologists studying wild whales wouldn't be able to get data on DNA, diseases and all kinds of other biomarkers without having to draw blood somehow. (Video via BBC)

And even if your average quadcopter sounds like the world's angriest swarm of bees, it's still bound to be less stressful than being circled by an actual full-sized helicopter. (Video via Ed Schipul / CC BY 2.0, U.S. Geological Survey)

The bear study does help support another trend, though: limiting wilderness drone use by your average hobbyist. The National Park Service banned drones at national parks last year due to noise complaints, frequent crashes and the suspicion that they might be affecting wildlife. (Video via Yann Caradec / CC BY SA 2.0)