Should Saudi Arabia Be On The UN Human Rights Council? 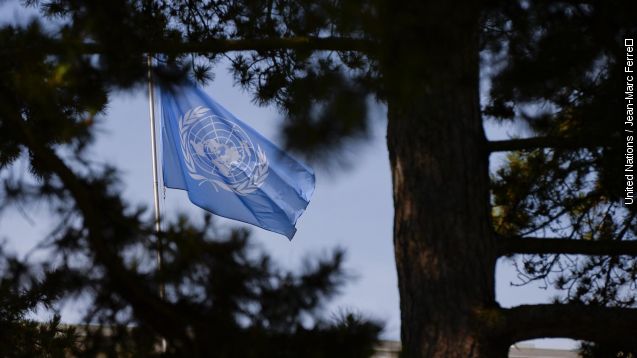 Criticism has poured in, especially from UN Watch, a United Nations watchdog group.

"This UN appointment is like making a pyromaniac into the town fire chief, and underscores the credibility deficit of a human rights council that already counts Russia, Cuba, China, Qatar and Venezuela among its elected members," said UN Watch Executive Director Hillel Neuer. (Video via i24News)

The U.S. reaction was pretty much the opposite.

Some wonder why Saudi Arabia has a seat on the Human Rights Council at all.

And then there's this: Saudi Arabia may have colluded with the United Kingdom to get on the council.

Leaked documents from Saudi Arabia's foreign ministry suggest a "London-Riyadh vote trade" was made in 2013.

Basically, if the U.K. voted for Saudi Arabia to be on the council, then Saudi Arabia would vote for the U.K.

So the question remains: Why is Saudi Arabia qualified to weigh in on human rights?