Should A State Be Able To Force A Teen To Receive Chemo? 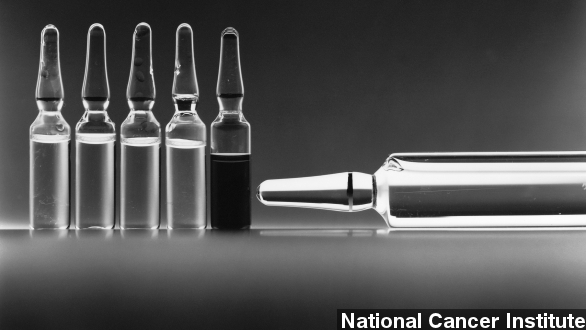 SMS
Should A State Be Able To Force A Teen To Receive Chemo?
By Madison Burke
By Madison Burke
January 7, 2015
Connecticut is forcing 17-year-old Cassandra C. to receive chemotherapy. She and her mother say the teen is old enough to decide for herself.
SHOW TRANSCRIPT

The case of a 17-year-old Connecticut girl forced to get chemotherapy treatment against her wishes is raising legal and ethical questions.

The girl, only referred to as Cassandra C. in court documents, has Hodgkin's lymphoma and said she didn't want chemotherapy. Her mother supported her decision.

The hospital treating her says if she gets chemo, she has an 80 percent to 85 percent chance of survival, but without treatment she could die in just two years.

In November, the Connecticut Department of Children and Families got temporary custody of Cassandra and forced her to receive chemo in a guarded hospital room.

Cassandra's lawyer says his client is mature and competent and should be allowed to make this decision herself through the state's "mature minor doctrine."

That doctrine allows for a court hearing that gives a 16- or 17-year-old the chance to prove competency to make medical decisions for him or herself.

“This is not a negligent refusal to provide care. This is a choice. Cassandra and her mother are asking that that choice be respected,” Cassandra's attorney Joshua Michtom said.

But the state Department of Children and Families issued a statement saying, "When experts ... tell us with certainty that a child will die as a result of leaving a decision up to a parent, then the Department has a responsibility to take action."

"Sometimes the government does need to step in. ... A 17-year-old young woman may die because her parents are ignorant," contributor Keith Ablow says.

Most reporters are acknowledging it's not clear who's right and wrong here. WTNH calls the case "a legal gray area," and WTIC says it's "unprecedented."

This video includes images from the National Cancer Institute.