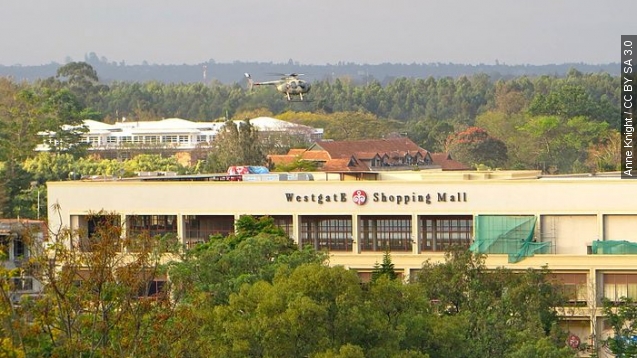 Nearly two years after the deadly terrorist attack on Nairobi, Kenya's Westgate mall, the shopping center has reopened. (Video via Voice of America)

Hundreds of shoppers showed up Saturday for the reopening of the mall where Al-Shabab militants killed 67 people and injured 175 in 2013. Now, the mall is stepping up security with the addition of x-ray machines, explosive detectors, bomb sniffing dogs, bullet-proof guard towers and more. (Video via K24 TV)

While about half of the mall's original tenants returned, the BBC reports the horrific memories of 2013 have kept some shoppers and shopkeepers away.

"Rachel is not going back. The militants' grenade exploded right on her foot making her wary of returning to Westgate," the BBC reports.

The reopening comes days before President Obama is set to make a trip to Kenya and meet with local officials. The country's security is one of the topics for discussion in those meetings according to Kenya's The Daily Nation. (Video via The White House)

While Kenyan officials have stressed security in their country is much improved, Italian Prime Minister Matteo Renzi appeared to be wearing a bulletproof vest when meeting with officials there last week — a move local media mocked. (Video via Citizen TV)

Al-Shabab has been a growing threat in Kenya in recent years. Based in Neighboring somalia, the Al Qaeda affiliate claimed responsibility for a university attack in Northeastern Kenya that left 147 dead in April.