Man Is Shot By Officers During Domestic Disturbance Call At Airport 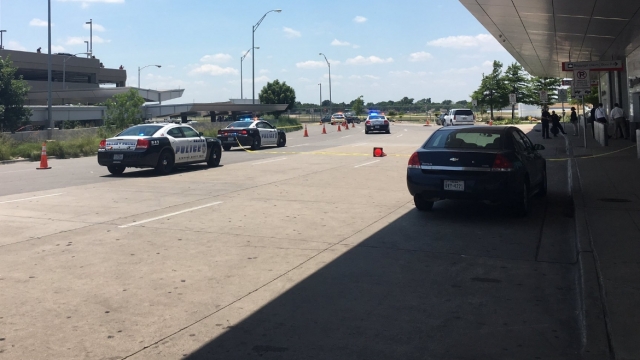 SMS
Man Is Shot By Officers During Domestic Disturbance Call At Airport
By Eugene Daniels
By Eugene Daniels
June 10, 2016
Police told the press a man was throwing rocks at a car and threatened an officer who tried to stop him.
SHOW TRANSCRIPT

One man was shot by police Friday afternoon at Dallas Love Field airport. Police say the situation started out as a domestic disturbance call between a man and a woman.

Police told press a man was throwing rocks at a car and when police tried to stop him, he threatened an officer with one of the rocks. The man was eventually shot by officers.

The woman involved wasn't hurt, and her name hasn't been released, but police say the suspect was the father of her children.

Because of the incident, the entire airport was evacuated and the area where it occurred has been closed off for the investigation. The airport has since reopened, and operations are back to normal, but officials did tell travelers at one point just getting through TSA would take three hours.

Police say no officers were injured. The man who was shot was taken to a nearby hospital.