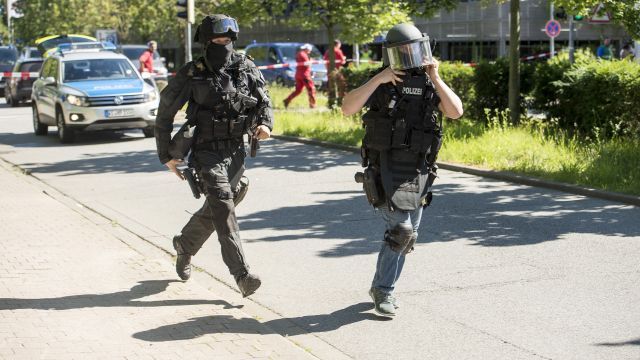 SMS
Gunman Killed After Storming German Movie Theater
By Matt Moreno
By Matt Moreno
June 23, 2016
The incident was at a theater in the town of Viernheim in the western part of the country.
SHOW TRANSCRIPT

German authorities say no one was injured by a shooter inside a movie theater in a town in western Germany.

The shooter reportedly entered the theater in in Viernheim around 3 p.m. local time, firing a gun into the air. Early reports said up to 50 people could be wounded, possibly due to tear gas.

"He took hostages, and a lot of children were inside, but none of the children [have] been hurt or injured. ... Even in Germany, we all had to remember that thing that happened in Aurora, Colorado, what happened there. But it seems, thank God, it ended like this," the BBC reported.

The shooter was reportedly barricaded inside the building before being shot dead by police. Authorities have yet to release a possible motive for the attack.