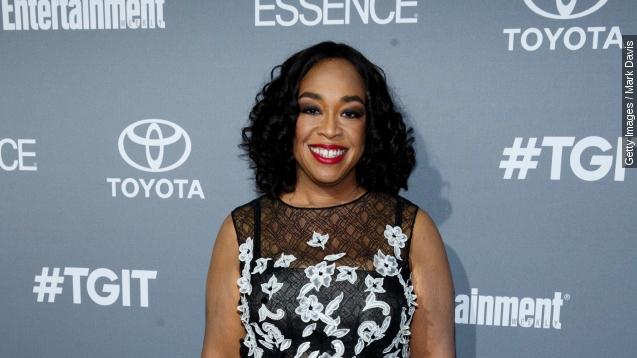 Shonda Rhimes — the woman behind some of the most memorable couples and cherished shows on TV. She can make us sad, angry and happy, all in one scene. (Video via ABC / "Grey's Anatomy")

And yet the 45-year-old production genius behind three hit ABC series had a secret.

"I always said no to everything. I went to work and came home, and that was it," she told ABC.

That seclusion, she writes in her new book "Year of Yes," is partially a result of the pressure she felt as the first black woman running major prime-time shows.

And if that wasn't enough for Rhimes, she also felt the pressure for "Scandal" star Kerry Washington: "If the first network drama with an African-American leading lady in 37 years didn't find an audience, who knows how long it would take for another to come along?"

The other factor that made the successful head of Shondaland retreat from the spotlight was an inherent fear of appearing on live television. Rhimes said she realized what was going on when her sister pointed out her tendency to always say no.

Hence her "Year of Yes." The first thing she said yes to? A taped appearance on "Jimmy Kimmel Live," which helped the late-night show beat Jimmy Fallon's ratings for the first time.

And then it was her famous Dartmouth College commencement speech, which proved Rhimes' staying power to any non-believers out there and showed us the woman behind the curtain we wanted to see.

Shonda, you can put those fears of failing behind you. After all, Viola Davis became the first African-American to win an Emmy for Best Actress in a Drama for her role in "How To Get Away With Murder" — a show Rhimes executive produced.