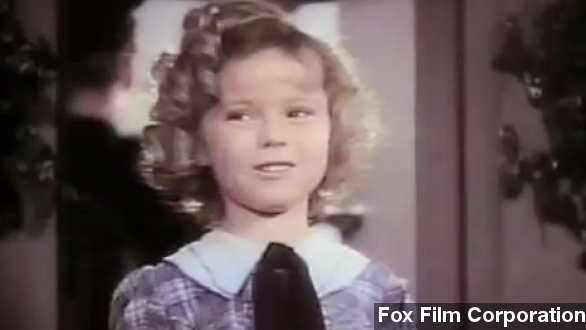 She would marry and take the name Shirley Temple Black. And what she was known for — that bright spirit, those unforgettable trademark curls and all that talent in such a little package. (Via Fox Film Corporation / "Curly Top")

Temple's agent announced in a press release the actress died in her California home Monday night with her family by her side.

As ABC reminds us, she rose to stardom in the 1930s when she was just 4 years old or so — bringing optimism to the U.S. as it went through the Great Depression.

In 1935, she was even given a special Academy Award for her achievements. (Via IMDb)

As the years went on, the actress moved out of the limelight, marrying businessman Charles Black. She actually became a U.S. ambassador to Ghana and Czechoslavakia, serving in the mid-'70s, late '80s and early '90s.

In 2006, she returned to receive a lifetime achievement award from the Screen Actors Guild. (Via Alt Film Guide)

Temple and Black were married for more than 50 years until his death. She is survived by her three children, as well as grand and great-grandchildren.