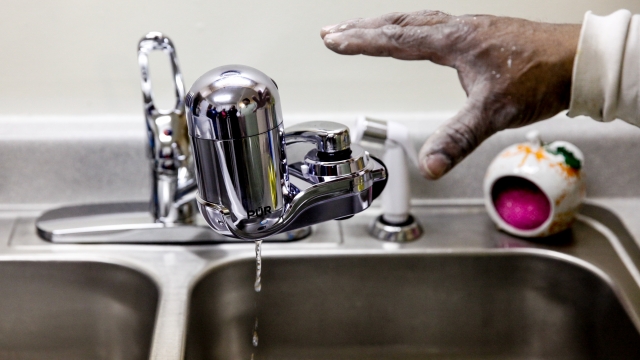 Flint, Michigan, is dealing with yet another crisis.

Health officials say the city is fighting an outbreak of a highly contagious stomach illness.

It's called shigellosis, and it's not pleasant. People infected with the bacteria can have diarrhea, fever and stomach cramps.

And officials say it's spreading like wildfire in Flint because residents are refusing to wash their hands.

Flint residents are still wary of the city's water a year after experts found elevated levels of lead in the supply.

And that's convinced many to forgo some basic hygiene practices, even though the federal government has declared the water safe when filtered.

The county health director told CNN: "People aren't bathing because they're scared. Some people have mentioned that they're not going to expose their children to the water again."

And as a result, Genessee County, where Flint is, has seen at least 53 cases of shigellosis since October 2015. The city normally only gets about 20 cases per year.

In response to the outbreak, health department officials have issued multiple advisories and are warning residents to diligently wash their hands.