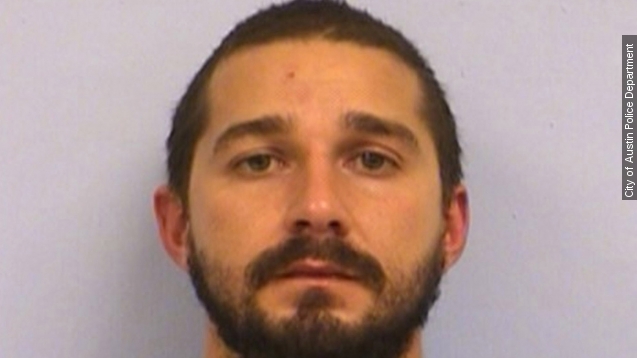 Actor Shia LaBeouf has been arrested... again. This time in Texas for public intoxication.

A witness told TMZ, LaBeouf jaywalked in front of the police, and was clearly drunk or high when doing it.

This is definitely not the "Transformers" star's first run-in with the police. Last year, he was thrown out of Studio 54 for reportedly spitting on people and acting erratic. (Video via Paramount Pictures / "Transformers: Dark of the Moon.")

"He just walked up to the bar inside of Cabaret and grabbed this strawberry and fed it to some woman off of her plate, then tipped the bartender and ran out," a witness told TMZ.

Since then, we've seen reports of "Shia's downward spiral" pop up constantly and yet, his strange antics haven't really seemed to hurt his professional career.

He's shot two movies just this year, and in 2014, he starred in two of the most talked-about music videos of the year.

So how has LaBeouf dodged the "child actor curse?" Well, he seems to have embraced his flaws.

From wearing a paper bag over his head at a film festival to becoming an impressive meme telling us to "just do it," LaBeouf seems to always be able to flip the weird into the viral and then just move on.

As for his latest arrest, police say they aren't releasing any more details.