Shark Bite Victim 'Punched' His Way Out Of Danger 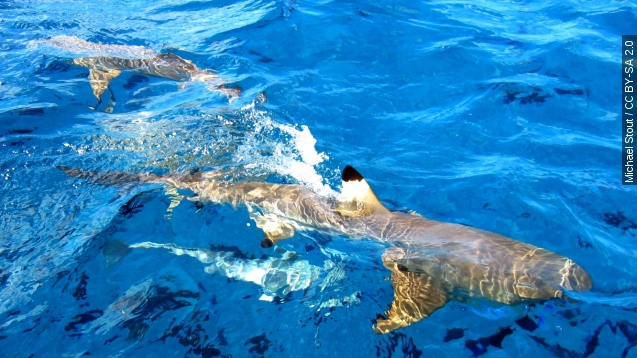 SMS
Shark Bite Victim 'Punched' His Way Out Of Danger
By Leah Becerra
By Leah Becerra
October 4, 2015
A teenager was bitten by a shark in Volusia County, Florida, Sunday. It's the 11th such attack the area has seen this year.
SHOW TRANSCRIPT

The Volusia County Beach Safety Captain told ABC News, the teenager was paddling on his surfboard roughly 15 miles south of Daytona Beach when black-tip shark bit him once on his hand. (Video via Volusia County)

Common advice about how to handle these types of situations is to attempt to hit the shark on its nose. But since only Aquaman can successfully do that underwater, marine biologist David Shiffman advises to grab the fish's eyes, or even its gills, instead. (Video via Discovery)

In this case the teen was able to "punch" the shark away, though it's not clear where the blow was actually landed.

The Orlando Sentinel adds this attack is also the second, within two weeks, where a 14-year-old surfer was the victim of a shark attack in the county.