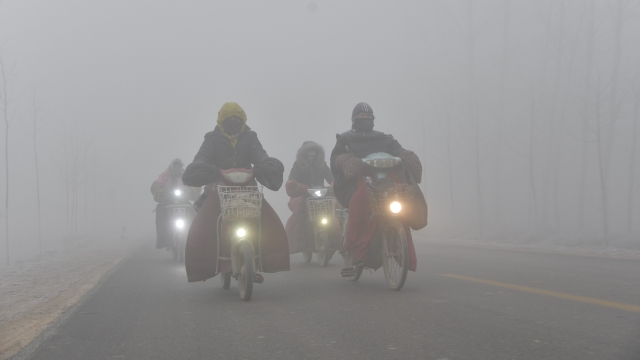 By Melissa Prax
February 13, 2016
New research suggests air pollution, both inside and outside the home, is the fourth leading contributor to deaths globally.
SHOW TRANSCRIPT

According to data from the Global Burden of Disease project, air pollution — both in the home and outside — ranked as the fourth highest contributor to death worldwide.

China and India topped the list of countries with the majority of deaths, with 1.6 million and 1.4 million respectively.

"One of the reasons we're focused particularly on China and India is that the sources that contribute to air pollution are also major sources contributing to climate change," said a professor at the University of British Columbia.

Those findings come from 2013, the most recent year that data is available. But Beijing's smog levels have made headlines for years. As pollution levels rose higher at the end of 2015, the government warned people to stay inside.

And this past November in India, New Delhi issued a severe air pollution warning of its own.

For both countries, estimates say pollution levels are expected to continue rising through 2030 despite commitments to curb the problem.