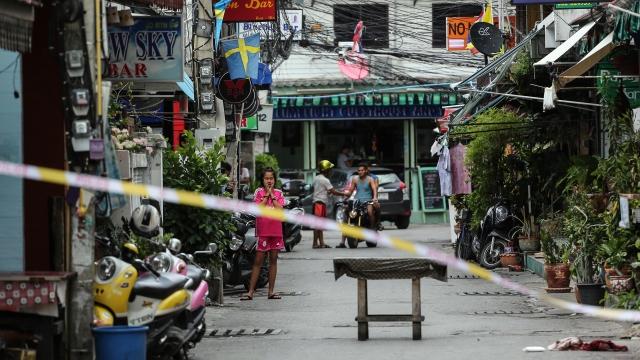 In just a day, a series of bombs hit Thailand. Now, at least four are dead, and dozens more are injured.

In total, five provinces were targeted, all south of Bangkok.

That's because the areas hit are less populated and mainly used by tourists. Terrorists typically target cities with large numbers.

Another reason? The timing of the detonations. Most happened before people were on the streets.

Officials haven't connected this attack to last year's bombing at a shrine that killed 20 people. That attack's anniversary is Aug. 17.

That attack — known as the Bangkok Erawan Shrine bombing — also seemed to target tourists at a popular religious statue of a Hindu god.

There's also speculation the recent attacks could have something to do with the Aug. 12 birthday of the Thailand queen.

As the country's military government has gained more power since 2014, attacks have been pretty uncommon.

As of Friday morning, no terrorism organization had claimed responsibility for the bombings.