'Serial' Case To Be Reviewed By Maryland Appeals Court 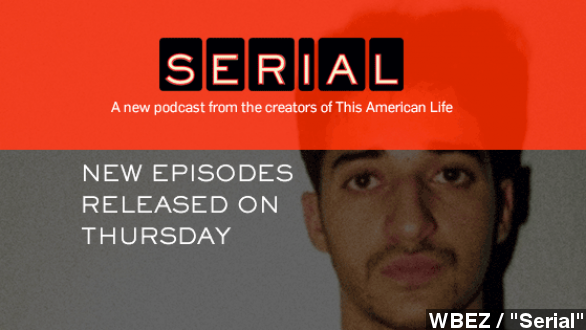 Maryland's attorney general asked a court of appeals Wednesday to deny an appeal request from Adnan Syed, the subject of the podcast "Serial" — and that request could lead to a re-trial.

"I wish sometimes they could look into my brain and see how I really felt about her," Syed said in a phone interview for the series.

Syed, now 34, was convicted of killing his ex-girlfriend, Hae Min Lee, in 2000. He's been in prison ever since. But Syed's family and friends claim he's innocent, and the series "Serial" explores details in his case. (Video via WMAR)

At the heart of Syed's appeal is his belief that his first defense attorney, Cristina Gutierrez, didn't perform well in the original trial. Here's how Sarah Koenig, co-creator and host of "Serial," sums it up:

"I know I've talked about Cristina Gutierrez in other episodes ... but now I'm going to address the question head on: did she blow it?"

Interestingly enough, Syed says in the series he had a great amount of affection for Gutierrez but maybe not much faith in her work. He later appealed the verdict that landed him in jail based on her performance.

According to PBS, the court of appeals has a number of options: if it grants Syed's application, he could have his conviction thrown out. If it denies his application, he'll remain in jail.

Whatever the court of appeals decides, Time reports the Innocence Project — a non-profit organization that tries to root out wrongful convictions — "plans to file a motion for DNA testing for never-tested physical evidence in the case." But that DNA evidence could be inadmissible, depending on the results.

There's currently no timeline for when Maryland's Court of Special Appeals will decide on Syed's request.