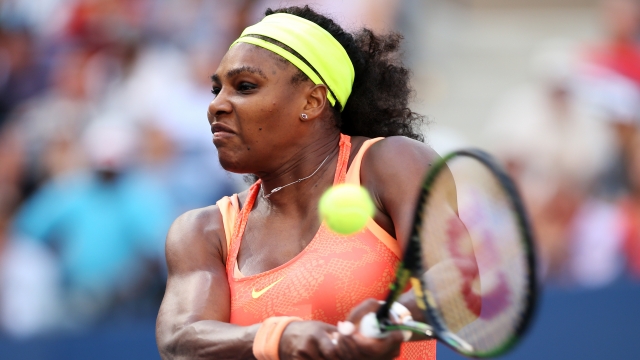 SMS
Serena Williams Will Have To Overcome Her Shoulder For Shot At History
By Ryan Biek
By Ryan Biek
August 29, 2016
The tennis star has a chance to take the record for consecutive weeks ranked No. 1.
SHOW TRANSCRIPT

One way to prove you're the greatest of all time: Be ranked No. 1 the longest.

Tennis star Serena Williams is guaranteed to tie Steffi Graf's record of 186 weeks in a row ranked No. 1. But for Williams to have the record all to herself, she'll need to at least reach the semi-finals in the last major of the year, the U.S. Open.

Lingering pain in her right shoulder could make this tough for Williams. And injuries are part of the reason she needs to perform so well at this tournament.

Since winning Wimbledon in July — and tying Graf with 22 grand slam titles — she's only played a handful of matches.

At the Rio Olympics, she lost in the third round of the singles tournament. She'd won the gold at the previous Olympics.

She then pulled out of a tournament in Ohio. The No. 2-ranked woman in the world, Angelique Kerber, was just one win away from unseating Williams as No. 1, but lost in that tournament's final.

Despite questions about injuries, Williams has still only lost five singles matches this year.

But she needs to win five matches to reach the U.S. Open's semi-finals.