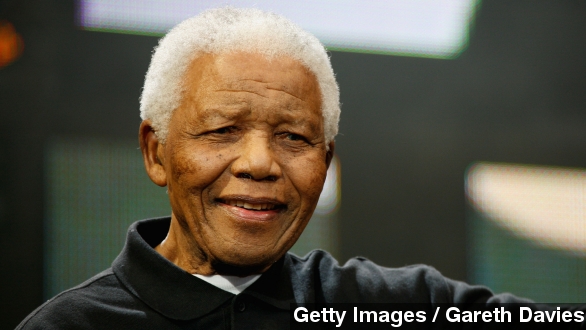 Nelson Mandela's "Long Walk To Freedom" covered the leader's early years, upbringing and the rough 27 years he endured in prison, though it really didn't dig into his political life.

But it looks like Mandela had a lot more to say, especially regarding his presidency. And we'll soon get to read about it.

Pan Macmillan announced Tuesday it plans to publish a follow-up to his best-selling autobiography, which is expected to go on sale sometime next year. (Video via CBS / 'The Oprah Winfrey Show')

"On April 27, 1994, all the people of South Africa, without discriminations ... will join in the historic act of electing a government of their choice," Nelson Mandela said.

The sequel will mostly touch on issues Mandela faced as South Africa's first democratically-elected president, including the country's HIV/AIDS crisis and transitioning away from apartheid. (Video via BBC)

Verne Harris, a director of the Nelson Mandela Foundation, is quoted in The Guardian saying a good portion of the sequel was written by the man himself — about 23,000 words of content. Former advisors will reportedly help fill in the blanks.

The book itself was put in motion after Mandela died in December 2013. Harris says his widow, Graça Machel, suggested his foundation work to publish the posthumous memoir because it meant so much to him.

If Mandela's first book is any indication, this one will also be very popular. According to The Independent, more than 15 million copies of "Long Walk to Freedom" have been sold.

And an adaptation of the book was picked up by Hollywood in 2013.

"There comes a time when there remains two choices: submit or fight!"

Mandela was also reportedly pretty headstrong about penning the sequel without a ghost writer, unlike the first one, and gave it the "provisional title of 'The Presidential Years,'" though it's unclear if the publisher will end up going with that.