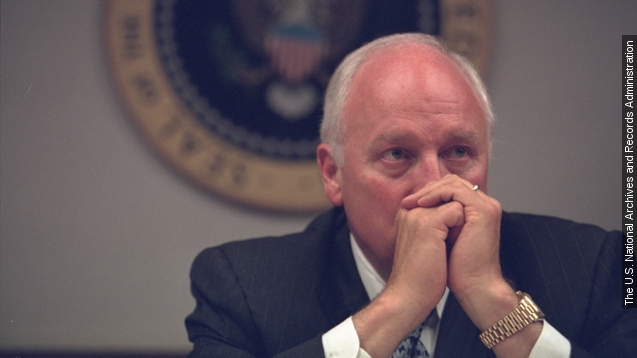 On the day of the 2001 terrorist attacks, senior Bush administration personnel — and Vice President Dick Cheney's staff photographer — gathered in the President's Emergency Operations Center beneath the White House.

Following a Freedom of Information Act request, the National Archives released a gallery of hundreds of new photos from those first hours after the 9/11 attacks.

This video includes images from The U.S. National Archives and Records Administration. Music by Planet Boelex / CC BY NC ND 3.0.