Sepp Blatter Says He Was Close To Dying Earlier This Month 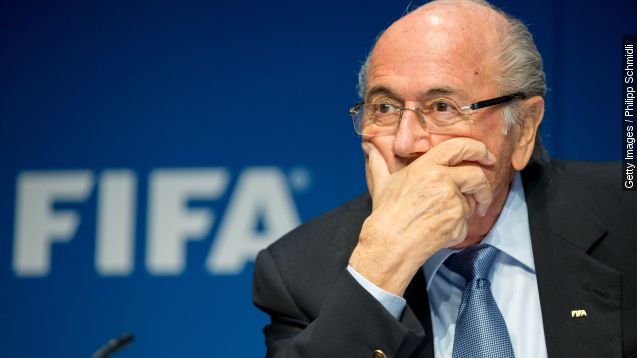 SMS
Sepp Blatter Says He Was Close To Dying Earlier This Month
By Matt Moreno
By Matt Moreno
November 23, 2015
Blatter told RTS he was "between the angels who were singing and the devil who was lighting the fire" after collapsing in early November.
SHOW TRANSCRIPT

Blatter said a stress-related illness hospitalized him for six days after he collapsed at his parents' graves in November.

In an interview with Swiss public broadcaster RTS, Blatter said, "I was between the angels who were singing and the devil who was lighting the fire, but it was the angels who sang. ... I was close to dying. At some stage, the body says, 'No, enough is enough.'"

Until now, the severity of Blatter's hospitalization was unknown.

A spokesperson for the 79-year-old originally downplayed the trip, calling it a small emotional breakdown.

Blatter is under massive pressure from both FIFA and international feds right now. He's currently suspended from FIFA as investigations continue into his alleged involvement in the governing body's corruption scandal. (Video via France 24)

"I'm not perfect. Nobody's perfect. But we will do a good job together, I'm sure," Blatter said.

The president of FIFA for 18 straight years, and most recently re-elected to a fifth term in May, Blatter is expected to relinquish his position in the coming months.

Seven candidates are currently vying for FIFA's presidency. The election is set to take place Feb. 26.