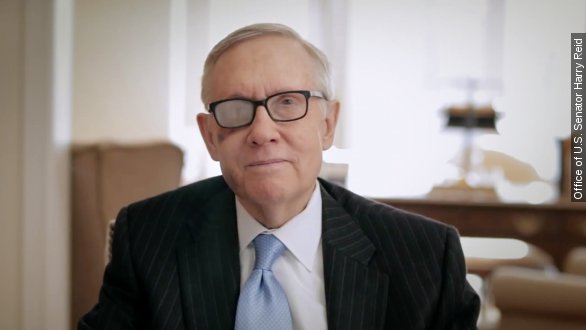 Sen. Harry Reid will not seek re-election for the U.S. Senate.

“But the joy I’ve gotten with the work that I’ve done for the people of the state of Nevada has been just as fulfilling as if I had played center field at Yankee Stadium," U.S. Sen. Harry Reid said in a retirement video.

That comes from The New York Times, who got the scoop on the 75-year-old senator’s future plans.

Speaking to the Times, Reid said, “I want to be able to go out at the top of my game. I don’t want to be a 42-year-old trying to become a designated hitter."

Reid has was first elected to the House in 1982. Four years later he secured a pass to the Senate and since then has worked his way up the Democratic leadership, becoming Senate Majority Leader in 2007. (Video via Office of Nevada Senator Harry Reid)

Reid’s term will finish at the end of 2016. As for who his potential replacements could be, The New York Times suggests New York Senator Chuck Schumer could nab his party’s lead position while former Nevada attorney general Catherine Cortez Masto may be up for grabbing Reid’s Nevada spot.