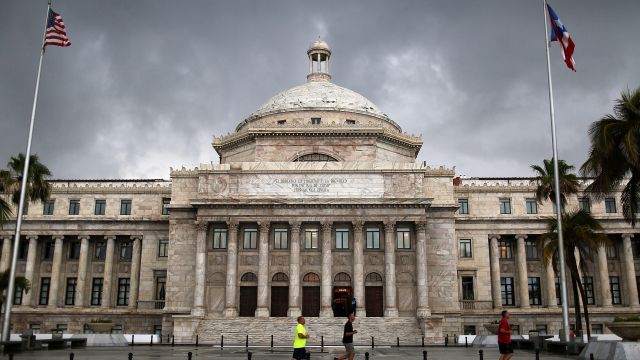 Congress has finally passed a bill to help Puerto Rico alleviate its crushing debt burden. But according to the island's governor, it might not be enough to avoid another major default.

The bill, dubbed PROMESA, passed in the Senate on Wednesday after clearing the House earlier this month. Under the management of an oversight board, it would give Puerto Rico some sorely-needed assistance in restructuring the $70 billion debt the island has racked up.

The provision is an unpopular compromise on both sides of the aisle: Democrats argue the oversight board undercuts Puerto Rico's democratic institutions, while Republicans say the deal is too similar to a bailout.

But Congress is under a lot of pressure to act: Puerto Rico faces a July 1 deadline to pay back $1 billion in bonds. Governor Alejandro García-Padilla has already said he can't make that payment.

PROMESA was one of the last pieces of legislation Congress could get passed before their summer recess begins on July 16. President Obama has indicated support for the bill in the past.