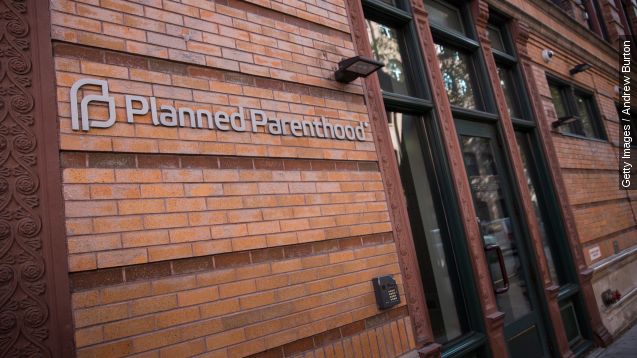 Senate Republicans have made good on their threats and voted through a measure that would end federal funding for Planned Parenthood. The vote was on an amendment tied to Congress' latest attempt to repeal the Affordable Care Act.

Senate Democrats tried to restore those funds with an amendment of their own, but that was easily rejected by Republicans controlling the upper chamber.

The full bill is expected to pass the Senate on Thursday and the House just days later. This will mark the first time President Obama will have to actually veto an Obamacare repeal. And Republicans don't have the two-thirds majority needed to override that veto.

So why does Congress keeps passing bills it knows have no chance of actually becoming law? The answer is pretty simple: It's about making a point.

"You know Obama is committed to his principles, his liberal principles; he will fight for them. We need to stop surrendering and start standing for our principles," Sen. Ted Cruz said in the CNN GOP debate.

On Planned Parenthood and plenty of other issues, legislators are eager to go on the record and make a stand so voters can watch Congress members from both sides of the aisle prove their dedication to their ideologies.

And with a general election less than a year away, votes like this provide politicians with concrete political talking points they can use to attract like-minded voters.