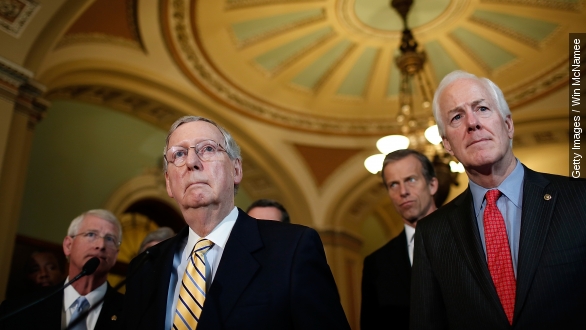 With overwhelming support, the U.S. Senate passed a bill Thursday that would give Congress final approval on a potential deal with Iran.

Before the vote, Sen. Majority Leader Mitch McConnell said, "This Congress is determined to pursue other avenues to address Iran's aggressive campaign of expansion and intimidation."

The legislation, which passed Thursday with a vote of 98-1, gives Congress 30 days to review and vote on any deal struck with Iran over the country's nuclear program. Arkansas Sen. Tom Cotton was the only no vote on the bill.

Republican lawmakers have been pushing for oversight of U.S. negotiations with Iran practically since a framework deal was struck back in 2013. Critics of the proposed deal say it's too lenient and would legitimize Iran's nuclear enrichment program.

But this bill, which passed the Senate Foreign Relations Committee last month, faced weeks of procedural opposition in the Senate after conservative senators like Cotton, Ted Cruz, and David Vitter all tore into the legislation for not being tough enough.

The House is expected to pass the measure next week.