Senate Approves $1.1 Billion In Funding To Fight The Zika Virus 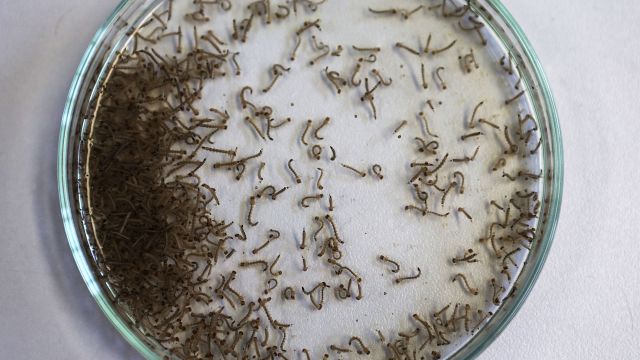 SMS
Senate Approves $1.1 Billion In Funding To Fight The Zika Virus
By Katie Link
By Katie Link
May 17, 2016
Part of the funding will go toward the development of vaccines.
SHOW TRANSCRIPT

Senate members voted Tuesday to advance $1.1 billion in emergency funding to fight the spread of the Zika virus.

Despite being about $800 million short of that request, this Senate compromise is still way more than the $622 million Republican House leaders say they’re willing to provide.

The White House called that number "woefully inadequate" and threatened to veto that spending plan. The requested money would help fund the development of vaccines, strategies to control mosquito populations and more.

Upon reaching the vote, Republican Sen. Roy Blunt told reporters: "No harm is done here. The Congress is taking this seriously. I would hope that in a matter of a few weeks we’ll reach a conclusion, and that conclusion will allow all of the agencies involved to plan their Zika spending up to the end of next fall."

Experts warn that the disease is likely to spread as the summer months approach, creating more inviting breeding grounds for mosquitos.

The Centers for Disease Control and Prevention reports more than 500 cases of Zika have been identified in the U.S. — all are travel related.