Sen. Claire McCaskill Says She Has Been Diagnosed With Breast Cancer 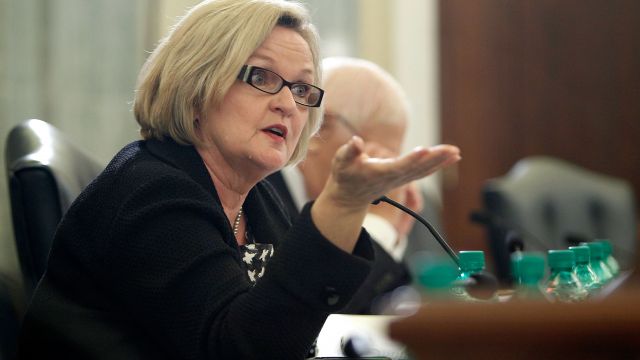 Missouri Sen. Claire McCaskill announced Monday she has been diagnosed with breast cancer.

The second-term senator shared the news on her social media pages, saying, "It's a little scary, but my prognosis is good and I expect a full recovery."

From fellow senators to citizens, people were quick to share their words of encouragement.

Sen. McCaskill will spend the next three weeks in Missouri undergoing treatment. For any Senate votes while she's away, she will post on her website how she would've voted and will have that information entered into the Congressional Record.

According to Susan G. Komen for the Cure, breast cancer is the most common cancer among women, and it's estimated nearly 250,000 cases of invasive breast cancer will be diagnosed in the U.S. in 2016.

This video includes images from Getty Images and Audrey / CC BY 2.0.